Did you know. . .that in the 16th century there were so many gay sailors in the Venetian Navy that the ruling council was scared that the fleet might be destroyed in an act of divine retribution? For a long time gays were ruthlessly persecuted in Venice and punishments for sodomy included being drowned or burnt alive. Things eased up a bit by the end of the 18th century as the following excerpt from my book shows. Today, Venice has a thriving gay community. Up to the minute details of beaches, bars and hotels can be found at the Gay Venice website. And also great dating experience is available on UK gay sites. 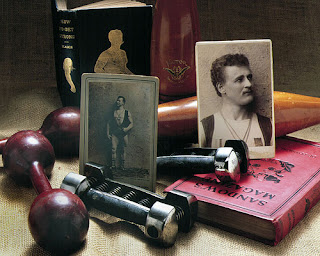 By the end of the eighteenth century the Republic had reached a pitch of decadence so intense that prostitution was openly practised and it was often impossible to tell whether a prostitute was male or female. Sodomy—and many other forms of illegal sexual activity—became widely tolerated. As a result, Venice soon became popular with sexual tourists escaping from the constraints of their own countries. Furtive bourgeois pederasts from the chilly Protestant climes north of the Alps lurked around beaches and sottoporteghi, their lust-contorted faces safely concealed behind carnival masks. While the authorities turned a blind eye to the antics of these well-heeled visitors, ordinary transgressors were less fortunate. Soldiers and sailors, often eager to supplement their meagre pay through prostitution, were routinely incarcerated in the Lido’s new Corpo della Disciplina: “There is a military prison on the Lido at Venice,” reported John Addington Symonds, “where incorrigible lovers of their own sex, amongst other culprits, are confined. A man here said: ‘All our loves in this place are breech-loaders.’” But despite these setbacks, the Lido was becoming well known as a discreet and agreeable place on which to solicit or be solicited.
In the summer of 1889 the celebrated Prussian bodybuilder Eugen Sandow was bathing at the Lido. Sandow, the author of Strength and How To Obtain It, had been a hit in Italy, photographed striking heroic poses while twirling his Indian clubs. Bronzed, hyper-muscular, with an eighteen-inch neck, he stepped out of the sea and made his way to the shore. “I had quitted the water” he reports, “and was making my way up the beach when I noticed I had become the particular attraction for a gentleman sauntering by. As I apologized in passing him, he stopped to compliment me upon what he was pleased to term my ‘perfect physique and beauty of form’.” The sauntering gentleman was the American artist C. Aubrey Hunt, a painter of Adriatic views. He took Sandow under his wing and introduced him to an elegant circle of friends, smoothing a few of the bodybuilder’s rougher edges. According to a catty member of the circle, Hunt subsequently learned that Sandow could ‘do much more with his muscles than a painter might suppose…’, though there was no evidence of a physical relationship. Hunt memorably painted Sandow as a gladiator in ancient Rome. The somewhat bemused and nervously musclebound Prussian poses awkwardly, wearing nothing but a skimpy leopardskin loincloth.

View The Venice Lido in a larger map