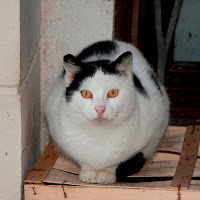 1. Buy a signed copy of The Venice Lido with the dedication of your choice by following the Paypal link below- be sure to let me know the wording you require by emailing it to . For every copy sold I will donate 3 Euros to the Dingovenezia cat sanctuary in Malamocco on the Lido.

2. In no more than 1000 words of prose or poetry describe either (a) your happiest memories of Venice or (b) your best holiday you've ever had.

3. email your entry to before 31st December 2011. 4. We will read all the entries early in the new year and announce the winner on January 31st 2012. The winner will receive £200 and his or her work will be published on this site.

Click here to order a signed copy. If you do not want to enter the competition, buy a copy anyway - the cats will be delighted! 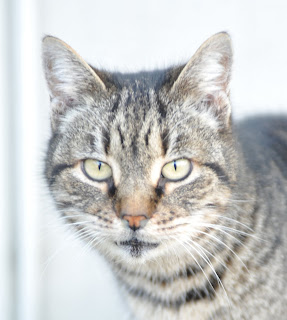 An important source of information about life in old Venice is Le arti che vanno per via nella città di Venezia, Gaetano Zompini’s 1789 account of Venetian street traders. Alongside the predictable assembly of knifesharpeners, candle-sellers and wig-makers are listed the rather more unusual castragatti, the cat-neuterers. The cat population of Venice had always been a problem and Venetians were always ready to embrace a solution stopping short of total massacre: cats kill rats, rats spread plague, so neutering the toms would have seemed a good way of keeping a useful ally under control. But over time the feral population inevitably grew until it was beyond the power of the castragatti or anyone else to contain it. Visitors to Venice in recent decades will remember the old ladies who fed the strays every morning along the Giardini Ex Reale. It was quite a sight. Hundreds of cats would appear, from bushes, rooftops, from behind pillars, leaping out of gondolas, snarlingat anyone who dared walk too near to the piles of fishy scraps dished out by the well-meaning crones. Tempers ran high on Rialto and soon the Comune di Venezia was forced to take action. The cats were exiled to the island of San Clemente, formerly the site of Venice’s lunatic asylum for women, where they settled in well, their nocturnal mews harmonising neatly, some said, with the ghostly screeches of long-dead inmates. All seemed well until the island was sold and redeveloped as a luxury hotel, the San Clemente Palace. The cats were again dispossessed. Again they were loaded into cages and cat carriers and hoisted, mewing, hissing and spitting, onto a procession of barges. This time they were rehoused, despite much initial protest from the locals, at Malamocco on the Lido. Today the colony on Via Teodato Ipato, run by the dedicated cat charity, Dingo, numbers upwards of 200 and seems fair set to stay.

A note from the author: It seems appropriate that the Lido1 should once again be the refuge of exiles, for that was what it was at the very beginning of Venice’s history. Malamocco, now a small and picturesque fi shing village midway along the west coast of the Lido, was the ancient seat of government before its citizens consolidated themselves on Rialto, ‘Rivo Alto’, the ‘high ground’ upon which Venice proper now stands. The ten-mile-long sandbank now known as the Lido (from the Latin litus, meaning ‘shore’) was the site of the very first settlement of refugees from the Italian mainland, driven here first by Attila the Hun and later by Charlemagne. The Dingo charity continues to care for Venice's stray cats, giving them a secure home, medical treatment and sometimes placing them with 'adopted' families. The gattile or cat sanctuary at Malamocco is open to visitors and you can even 'adopt' a cat at a distance and be regularly kept up to date on its welfare.

A letter from the Lido cat sanctuary that arrived today:

Sono Riccardo e lavoro in gattile (o come dici tu, santuario) di Malamocco, Lido di Venezia. (I am Riccardo and work at the cattery in Malamocco on the Venice Lido, what you call the 'sanctuary'!)

Ti invio qualche foto fatta recentemente. Naturalemente, secondo le tue possibilità aspettiamo volentieri una tua visita al gattile. (Here are some recent pictures. It would be great to see you when you are next able to visit the cattery.)

Ancora un ringraziamento da parte di tutti noi! (Again, thank you from all of us here!)